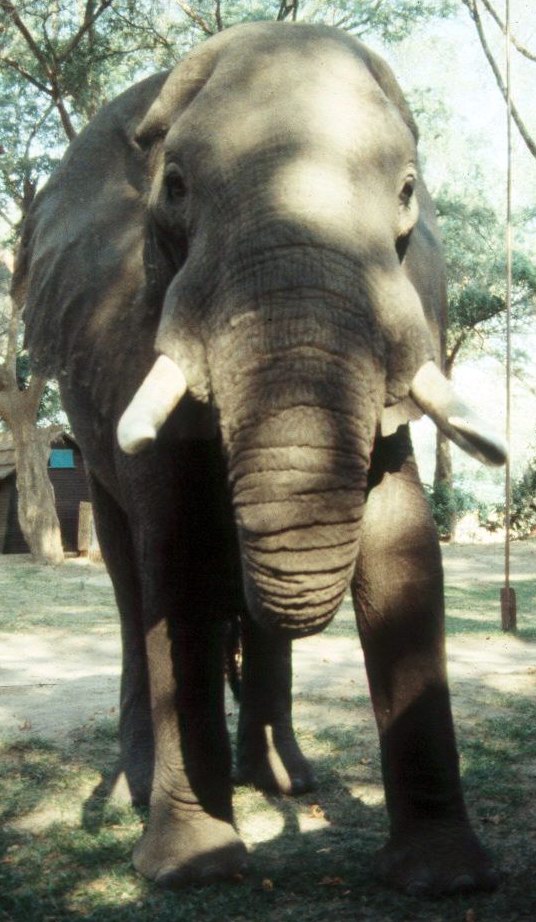 Tjolotjo is a Bushman word meaning the head of an elephant. The area was originally inhabited by the Maswara bushmen who were not true bushmen but a mixture of the bushmen and the local tribes. Tjolotjo received its name during the trek into Matabeleland by Mzilikazi as he led his nation from the south in search of new pastures and lands for his people as they fled from the Boers in the Transvaal. The area was a favourite of the elephant herds that had attracted the early ivory hunters and were still to be found in abundance when the Matabele arrived in 1838.

Tjolotjo is situated about 65 kilometres west of Nyamandhlovu in the Gwaai Tribal Trust land. It has been an administrative centre for the trust land for many years and fell under the jurisdiction of the Native Commissioner for Nyamandhlovu who first assumed responsibility in 1909. Prior to this date the area fell under the jurisdiction of the Superintendent of Natives at Bulawayo.

The village is linked to Plumtree by a dirt road and other roads lead through very heavy Kalahari sands (Gusu) into the Gwaai Tribal areas and beyond into the forest reserves. The soils around the precincts of the village comprises of regosols derived from Kalahari sands and shallow rocky basalt-derived pockets are to be found in the district. There is a belt of alluvium along the Gwaai river which has led numerous prospectors in the search of minerals and precious and semi-precious stones. An industrial school was founded at Tjolotjo in 1921 by H. S. Keigwin, who also had a hand in establishing a similar institution at Domboshawa the following year. The original course was designed by E. D. Alvord, who was then an agricultural missionary at Mount Selinda, where he had started instructing African students on similar lines in 1920. The school was moved to Essexvale between the years 1941 and 1944 and renamed 'Esigodini'. It is fitting that Mr. Alvord's son D. L. Alvord should have been appointed the principal of the college.

After the college was transferred to Essexvale, the vacated land was used as an experimental substation of the Matopos Research station, where the work is primarily concerned with the breeding of indigenous Nkone or 'manguni' cattle. These animals which originally came from Swaziland and Zululand, were brought by the Matabele during their northward migrations during the first half of the 19th century. These cattle are believed to have originated from a shorthorn-sanga cross. The name sanga was applied to the giant horned cattle of Abyssinia. The head and horns form the principal conformational features by which the breed is identified; their most characteristic feature when mature, being the lyre-shape.

The Gwaai and Manziyama rivers are the principal rivers in the area, but usually only flow during the rains.

Related web site : Beloved African - a book about African education at Tjolojo and subsequently in Essexvale, as mentioned above.